Sorry this is late today-I set it for pm instead of am to publish.

I apologize for the long post, but I felt this needed to be shared – and with September being suicide awareness month it fit.

I thought a post about the inside look at suicide would be appropriate. I have talked briefly about my suicide attempts, but there are things that occurred because of them that I have not shared. This is a look inside those times.

If you are suicidal or considering hurting yourself please call your therapist, 911, or 1-800-273-8255 (the National Suicide hotline).

The very end of August 2013, I didn’t think I could handle life anymore. I had been suicidal for quite a while. I had gone inpatient for treatment and had my medication changed, and I was in therapy. Nothing had helped to that point. I was constantly fighting the new reality coming up that I had endured the sexual abuse and rape by two perpetrators for years.

I had considered various ways to kill myself and even looked things up online to see what might work the best. Yes, I was serious about dying. I even went and looked at guns at one point, but since I couldn’t buy it without a background check and training I left without purchasing one. Thank the good Lord!

There are no guarantees anything will kill you. It could have given me brain damage and I could live aware, but not in good shape the rest of my life. It could have misfired and gone through the wall and hit a neighbor or even killed myself when it wasn’t my time yet.

I had already written suicide notes to my abusers and my therapist. Then, on that day, the end of August, I went upstairs to my extra bathroom and got out all of my medications. I was on several for my depression and anxiety and they had just been filled for the month.

I had my mug of water next to me and I started opening a bottle, downing the entire bottle of pills with water and going for the next one. I lost count after the fifth bottle. Once I finished I came downstairs and laid down. I was just waiting to die.

It didn’t happen like I’d imagined. I thought I would fall asleep and go peacefully. I didn’t know the medication would speed up my heart. My heart began to race so fast I was struggling to breathe and I panicked. I picked up my phone and called 911. In my mind I thought, “What have I done?” I was regretting my decision to end my life. I didn’t truly want to die. I just couldn’t take the emotional pain anymore.

The operator asked me to stay on the line until the police arrived. The officer that came a few minutes later came inside and sat with me. Then the sirens could be heard and the fire department and ambulance arrived. They assessed me and loaded me in the ambulance to take me to the hospital.

At the hospital they called my family – which I didn’t want – but they don’t give me much choice. I sat being guarded – on suicide watch – in the ER while the doctor did I’m not sure what. What I do know is they didn’t treat me at all. They didn’t give me anything to counteract the meds I’d taken. Instead they sent me straight to the psychiatric hospital.

It was this point that the meds I’d overdosed on began to make me unable to know what was going on, but I must have been somewhat coherent because they admitted me and apparently I went straight to bed. It was the next morning when the psychiatrist came to talk to me that he realized I was not coherent and then became unresponsive. My heart was beating and I was breathing, but I was unconscious. (I only know this as it was relayed to me.)

They sent me to the regular hospital for treatment. The next thing I know it was days later and I started to wake up only to go into a seizure. I don’t know how many seizures I had, but I had a few. Apparently they told my family I may not make it through the first 24 hours I was there. Unfortunately, I got a bad doctor who treated me like a drug junkie off the street. That’s what he told my family I was. So, he gave me some med that made me out of it as well. (Sad doctors don’t even understand mental illness.)

Eventually I came to about a week later and was released. I had inflamed and blown veins in my arm from the IV, and my bladder hurt from all the toxic meds in my system. I had no energy and I didn’t feel good. I wanted to go home, but you are forced to go back to the psychiatric hospital after a suicide attempt.

I spent about 5 days there and eventually returned home. By this point is was the middle of September and I was greatly regretting my choice to try to kill myself. Though the thought “I don’t want to be alive” was still in my head.

I didn’t understand why and I had no idea what to do about it. I was also fearful that if I tried to talk to anyone about it they’d send me back to the hospital instead of talking to me about it.

So, instead of talking through why I felt like I did I held it in, plus I was avoiding trauma coming up. This all led to 2 more suicide attempts. The second (Christmas Day 2013) left me with liver damage that I had to take a nasty medication to fix and two terrible nights and days in the bathroom allowing the charcoal to send the toxic meds through me. Plus, another week in the regular hospital before the psychiatric hospital again.

That time I regretted my decision right after too-which is how I got treatment because I called 911 myself.

I have read many accounts of people who do regret their decision to die as soon as they attempt, but for many it is too late and the life they were meant to live ends before their time. I am alive today only by the grace of God who saved me from myself.

God has the timeline for our lives and it’s not ours to mess with, though Satan will try.

Finally, in 2014, I began to talk to my therapist about my feelings and he has been great to talk through them with me, although letting me know that he will call the police if he’s concerned I will follow through on any thoughts. Having honest conversations about my feelings and not avoiding trauma coming up were two big steps to being healthier and not suicidal.

Also, praying against the thoughts, because Satan will use all kinds of ways to get us out of the life God has for us.

If you are suicidal please talk to a trained professional. Think through why you feel like you want to die. Don’t feel bad that you have the thoughts, but don’t act on them. God wants you here for a reason and He will provide you the strength to work through the trauma. I know because I am experiencing the strength now and I claim it! So can you!

Hang in there my friends! You are not alone!

0 comments on “Suicide and Trauma” 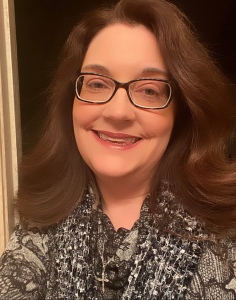 If you’re joining me on this journey we have something in common. We are all survivors of sexual assault. Not victims. Survivors. I am currently on the road to recovery myself. I encourage you to read the “About Me and This Blog” page for a more detailed explanation of this site. Until then, I invite you to follow my blog and believe God is right there with you.

Healthy Ways to Help Sexual Abuse Survivors in Your Church

Beauty for My Ashes

One Year Later Has #MeToo Change the Church?

3 Things The Church Should Know About Trauma Survivors

From A Suicide Survivor: 5 Ways the Church Can Care in Crisis

What The Single Adults In Your Church May Be Wondering

Use My RSS Feed

Want to use my RSS feed in an RSS reader? Here’s the URL to my feed! http://susanmclabaugh/feed/